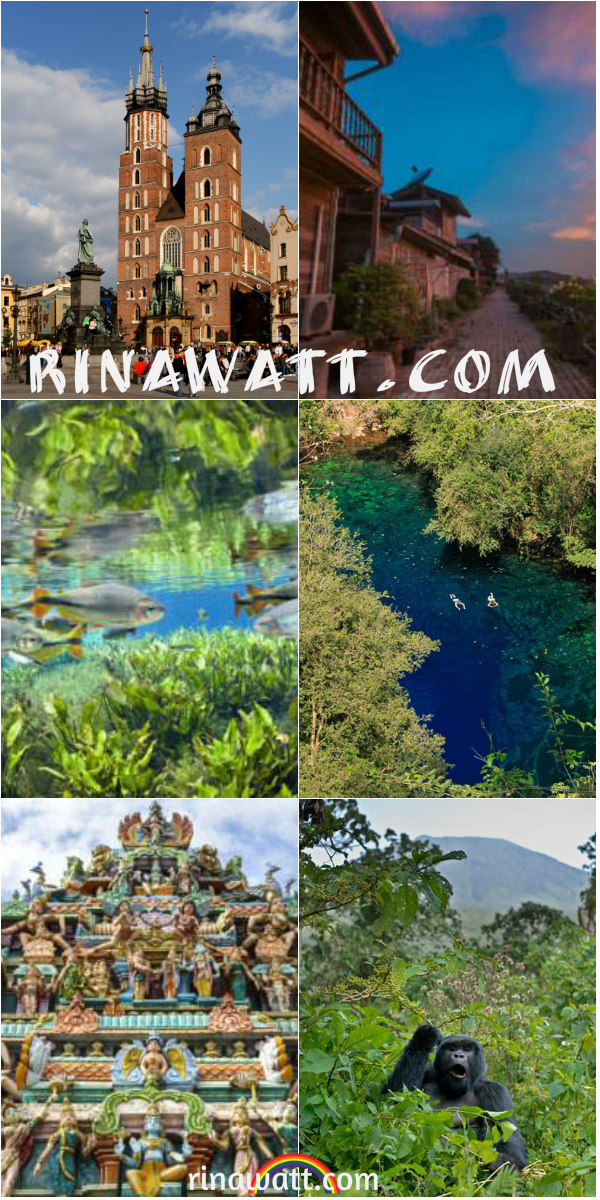 These holiday destinations are on the rise: We show six exciting and beautiful places in the world, which will certainly not remain insider tips for long. Anyone who wants to experience them as insiders should be quick. Some still remember the times when Prague was still an insider tip, or when only hippies and backpackers travelled to Goa and Koh Samui. There are places that are simply too attractive to be long insiders’ tips. We present six destinations that you should visit as soon as possible – only to be able to say later, when they are famous: “Sure, I know them. I was there when it was an insider tip.”

“The Flower of Europe”, as the flourishing commercial and university city has been called in the course of its more than 1000 years of history, inspires city trip visitors with its lively student life, the many breweries, restaurants, pubs with live music and charming cafés in the picturesque old town alleys around the Rynek, the beautiful old market place with the Gothic town hall. The Oder and its tributaries characterise the water city with its twelve islands and more than 100 bridges. Cathedral Island and Sand Island with their eight magnificent Gothic and Baroque churches are an oasis of peace, while lively nightlife lures around the market square.

Despite its beauty and attractions, Wroclaw was hardly known among city tourists from abroad – until it was named European Capital of Culture in 2016. Since then, everyone has been talking about Wroclaw as a student city decorated with countless cute bronze dwarfs. A real tourist boom is expected for next year, as is the case throughout Poland, which has been ranked among the top 10 countries in the “Best in Travel 2016” ranking of the “Lonely Planet”. 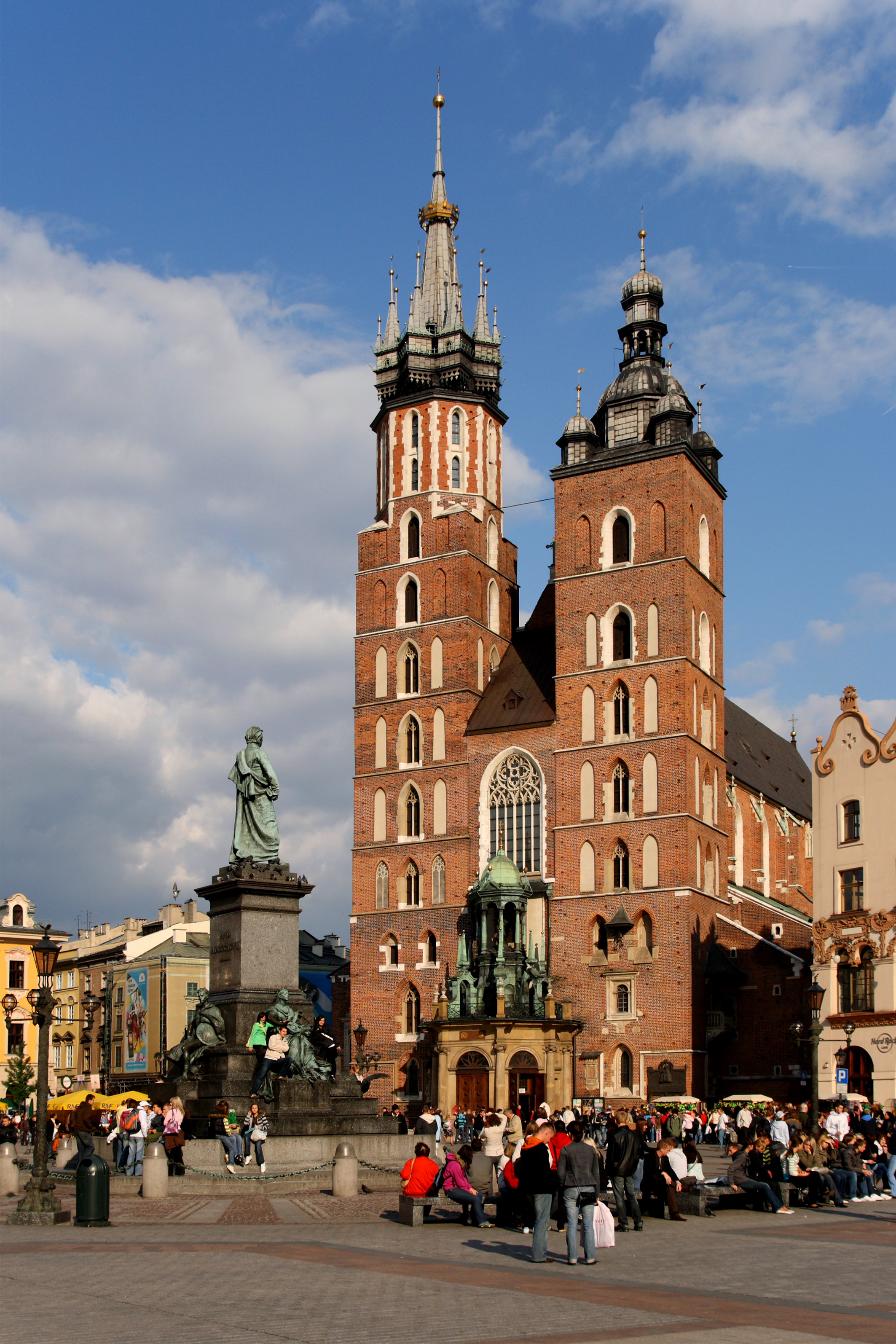 Everyone knows Bangkok, Phuket, Koh Samui – but who has heard of Loei? In the northeastern province on the great Mekong River, directly on the border to Laos, travellers experience the original Thailand. Even connoisseurs of the metropolis Bangkok, the coasts and islands with their white dream beaches get to know Thailand in Loei once again – with previously unknown, fascinating facets.

New direct flight connections from Bangkok International Airport to Loei Airport will shorten the previously cumbersome journey and ensure that more tourists discover the area. This year, the Thai tourist office also presented new concepts and itineraries in order to make the hitherto little-known highlights, some of which are hardly accessible to tourists, a real experience. Sustainability and encounters with the population should make the trip something special.

Together with young people from the villages, holidaymakers can produce cheerful and colourful ghost masks for the spectacular “Phi Ta Khon” festival, learn new planting techniques on an organic rice plantation and get to know the special culture of the Tai Dam, a rare people dressed all in black, during a visit to the village. In Chiang Khan, visitors take part in the Buddhist monks’ dinners and lucky temple ceremonies, which end with a romantic ride on the Mekong. As soon as the first tourists come home with these experiences, the magic of the region will spread – and Loei may be the new destination for travellers looking for something special. 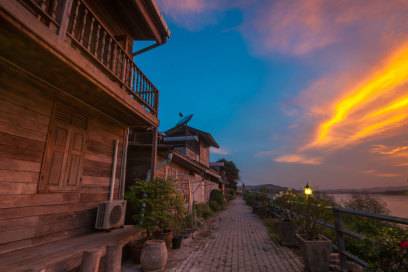 Snorkeling in crystal clear rivers at 70 meters visibility, funny monkeys, colorful parrots and toucans in the wild observe, idyllic waterfalls marvel, explore paradisiacal lagoons and caves, relax in natural pools: Visitors to the beautiful wetlands of Pantanal, a UNESCO World Heritage site, can do all this. In order to preserve this paradise, the local organisers attach great importance to sustainable tourism. The excursions take place in small groups, with a strictly limited number of participants, under the guidance of local guides who respect nature conservation. 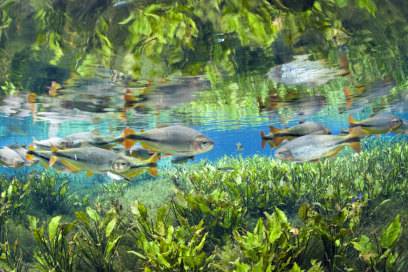 For many insiders the landscape around the city of Bonito (translated: “beautiful”) is really the most beautiful in the world. However, it is little known internationally. The excursions into the paradisiacal surroundings are not designed for mass tourism, and the natural idyll is in the shadow of a much more famous destination, the Amazon region. This is where most of the nature tourists who come to Brazil travel. But it won’t be long before the insider tip gets around. 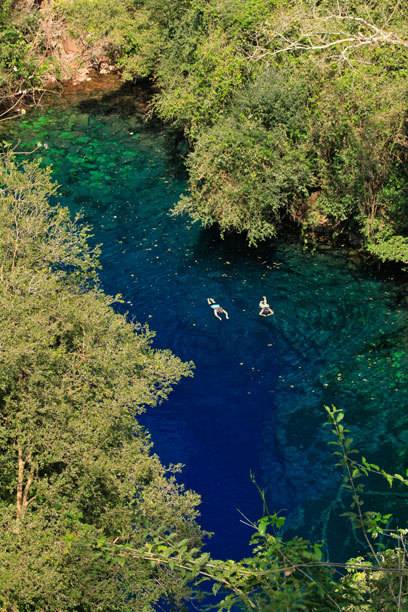 Until now, the capital of Tamil Nadu was considered more of a transit metropolis for other attractive places in southern India and was rarely perceived as a worthwhile destination itself. Chennai, also called Madras, has a lot to offer: Hindu temples with many statues, mosques, forts and churches from the British colonial period, institutes for traditional Indian dance, exciting museums and a city beach that is full of life day and night. Madras’ suburb of Kodambakkam is also known as “Kollywood”: India’s second largest film industry is located there after “Bollywood” in Bombay.

With the opening of the new subway “Chennai Metro” in June 2015 and its further expansion, Chennai hopes to become a city on the same level as New Delhi, Mumbay (also: Bombay) or Calcutta, writes the newspaper “The Hindu”. 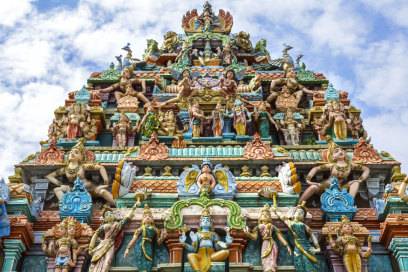 Holiday in Mongolia, that still sounds exotic. A barren landscape, long distances, a short season, little comfort and difficulties with the language: such associations made this fascinating country more attractive for adventurers. But more and more holidaymakers are discovering Mongolia as a destination with breathtaking, varied nature and exciting culture.

Mongolia proudly presented itself with its attractions in 2015 as a partner country of the world’s most important tourism trade fair ITB in Berlin and thus moved into the focus of the tourism industry. And this is only the beginning, because the state has ambitious goals: By 2020, the share of tourism in the gross domestic product is to grow from 5.3 to 14 percent. Additional flight connections and a new international airport near the capital Ulan Bator as well as a varied range of festivals and events will attract far more tourists than before. 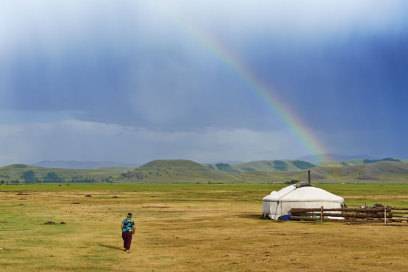 More than 20 years after the tragic genocide, the small African country is still closely linked to the terrible events. But: Since then, Rwanda has developed strongly, experienced an economic boom and made a name for itself as one of the safest, cleanest and most beautiful travel destinations in Africa.

Today it is regarded as a top travel destination for sustainable nature tourism: in the Vulcanoes National Park, visitors can hike through the mountain rainforest and see the rare mountain gorillas in their natural environment – like Dian Fossey once did in the film “Gorillas in the Fog”. The Nyungwe National Park attracts with 13 species of monkeys, 275 species of birds, 240 species of trees and 140 species of orchids, leopards, serval cats of prey, chameleons, forest antelopes and giant butterflies. The “Land of a Thousand Hills” is still an insider tip, but it won’t last long. Well-known travel publishers already recommend Rwanda as a top travel destination. 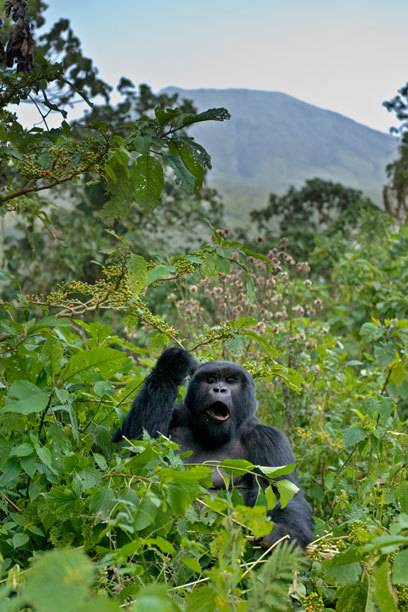 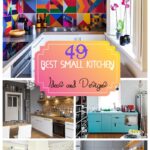 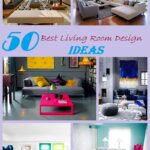 Norway Round Trip – Visit the sights of the country!

Dream holiday in Greece – beach, mountains and culture in one!

April 8, 2019
We use cookies to ensure that we give you the best experience on our website. If you continue to use this site we will assume that you are happy with it.OkPrivacy policy